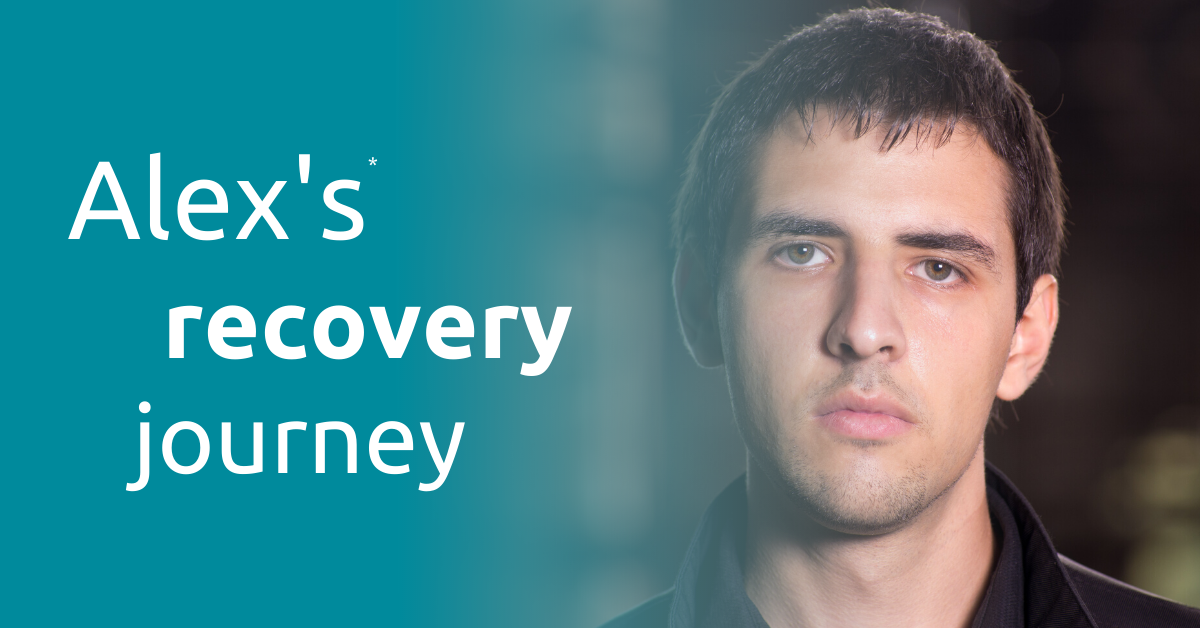 Posted at 10:29h in Best Practice by emmakillick

Alex* was a male Patient in his early thirties who was admitted to Victoria Gardens’ Rehabilitation service under section 3 of the Mental Health Act (1983/2007) in July 2019. He had a working diagnosis of Emotionally Unstable Personality Disorder, however had clearly experienced complex traumas throughout his lifetime including childhood abuse and neglect. He had a history of self-harm dating back to the age of 8 years old and continued to use self-harm and alcohol as a method of coping throughout much of his life. In 2013, he was the victim of a serious assault which left him with life threatening injuries. He suffered PTSD symptoms as a result of this incident, which he struggled to cope with and began to actively attempt suicide on a regular basis, including attempts to throw himself in front of moving vehicles, cutting, attempted hanging, and overdosing. Prior to admission, Alex was taking an overdose of paracetamol on a weekly basis whilst utilising unescorted leave. He was transferred to Victoria Gardens for a period of intensive rehabilitation within an in-patient service in order to address past traumas and to rebuild his confidence and ability to live independently again in the community.

Upon his admission to Victoria Gardens, Alex presented with a number of trauma symptoms relating to the assault he suffered in 2013: he had a negative self-perception, believed his life was not worth living, re-experiencing in the form of intrusive images and memories of the assault, nightmares, difficulty making sense of what happened, avoiding engaging in activities with the general public for fear he may be assaulted again, fear when people stand too close to him, believing he will be attacked again, panic attacks, racing heart, hyper-vigilance, and difficulty sleeping at night.

Alex engaged in many avoidance and safety behaviours during the initial stages of his admission to Victoria Gardens. He chose not to use a knife when eating meals as this brought back memories of the stabbing; he did not wish to engage in kitchen sessions with Occupational Therapy (OT) for the same reason and he was reluctant to engage in group work within the hospital or attend any group activities in the community due to his fear when around others. He avoided using public transport due to trauma. He also struggled when engaging with staff and took time to develop therapeutic relationships. Alex would also spend hours each day on google searching the news to ascertain the whereabouts of the perpetrator of the assault to check whether they remained in prison.

Alex was assessed by the full MDT within Victoria Gardens and a bespoke treatment plan was developed, aimed at improving his ability to cope with his emotions, address his past trauma and develop his functional skills to live independently in the community.

From a psychological perspective, Alex was initially offered the opportunity to engage in full Dialectical Behavioural Therapy (DBT) aimed at developing adaptive coping strategies to aid in regulating his emotions. It was anticipated that this therapy would develop his coping skills to a point where he was better able to tolerate future therapies aimed specifically at addressing past trauma. Alex developed skills in Emotional Regulation, Distress Tolerance, Mindfulness and Interpersonal Effectiveness.

Alex was a Polish national who was fluent in conversational English, however could not read or write in English. Victoria Gardens purchased a Polish version of the DBT skills handouts and worksheets manual in order to aid his understanding and improve treatment effectiveness. DVDs in Polish were also purchased to help improve his understanding of particular material covered during sessions. Occupational Therapy also provided him with a weekly individualised timetable written in Polish to support him.

Alex presented as motivated to engage in DBT and as part of his commitment, he agreed not to engage in any self-harming/suicidal behaviours whilst he was participating in the therapy. He maintained this commitment and did not engage in any self-harming or suicidal behaviour throughout his admission to Victoria Gardens. Alex engaged in 5 hours of DBT therapy per week, two 2-hour skills sessions and one 1 hour individual therapy session. He also had access to the DBT team during office hours if he required support or coaching with skills. The DBT team also met weekly for DBT consultation.

Upon admission Occupational Therapy completed three assessments to gather information of Alex’s baseline level of functioning and personal goals. The assessments were used to guide activity, inform intervention plans and provide a measure for functional progress. The assessments highlighted that Alex had limited support from family or friends. He advised that being a father was his only meaningful role and this was the sole reason he wished to be alive. He reported that he had held a number of different employment roles in the past, however he ceased working following the assault and subsequent deterioration in his mental state. Developing his social circle and confidence to regain employment were part of his treatment goals with Occupational Therapy.

It was also identified that Alex required exposure to knives to enable him to prepare and eat meals using knives in the future. Furthermore, he was at risk of physical health complications due to his current weight and intake of high calorie food. Occupational Therapy completed a kitchen assessment and used a graded approach to utilising knives (working closely with the psychology team) as well as engaging him in health promotion work to support his goal to lose weight and subsequently improve his self-esteem. At the point of discharge, Alexwas successfully using metal dining and kitchen knives. He was preparing his own meals and had lost a significant amount of weight.

A community assessment also identified Alex’s anxieties with regards to using public transport, especially trains as a result of past suicide attempts, as well as being around groups of people in the community. Due to his limited finances a range of low cost community activities of interest to Alex were identified, which he could continue to engage with post discharge. Occupational Therapy supported Alex to these venues of interest and used different modes of transport such as train, bus and taxi in order to build his confidence. He later successfully utilised unescorted leave for extended periods of time and used the train to visit his daughter.

Alex also required support to engage with a meaningful daily routine to rebuild his self-image and sense of identity. With support, he overcame his anxieties to attend interviews and successfully gain a volunteering role in a local charity shop and café. During his admission he was supported to access a second volunteering role in the local food bank, reporting a sense of reward from engaging with the role. In addition to the voluntary roles, Alex undertook a real work opportunity in Victoria Gardens as a housekeeper. He successfully completed an application form and engaged with the interview process. A graded approach was used in relation to responsibilities and the hours worked. He was responsible for tasks such as completing security checks, general cleaning, and requesting stock. He was provided with a weekly rota given by the housekeeper and engaged in weekly supervision. Alex took pride in his role and he advised he felt like he had a purpose.

After 6 months of DBT therapy, it was clear to the MDT that Alex had developed sufficient coping skills to tolerate further trauma work with the psychology department. He had not self-harmed at all during his admission, he had begun to successfully utilise unescorted section 17 leave in the community, he was engaging well in his Occupational Therapy kitchen sessions and had started his real work opportunity in Victoria Gardens. As a result of his progress, Eye Movement Desensitisation and Reprocessing (EMDR) therapy was offered to Alex in order to begin addressing his past traumas. He continued to experience some PTSD symptoms relating to the past assault and it was decided that EMDR would focus on reprocessing his memories relating to this incident initially.  DBT continued alongside EMDR and Alex was engaging in 8-9 hours of psychological therapy per week at this stage.

Given his response to therapy and the progress he was making with other disciplines, Alex was moved to one of Victoria Gardens’ independent flats. He engaged exceptionally well with EMDR. He successfully processed memories relating to the assault and began to process memories relating to his childhood traumas. He reported no PTSD symptoms at this stage in his therapy and he started to say “the old me is back”; he was using knives to eat and cook with, successfully utilised long periods of unescorted leave without incident (up to 8 hours on occasion), stopped googling the perpetrator of his assault and had begun to make realistic plans for the future.

Alex was discharged in February 2020. He is now successfully living independently in the community.