Posted at 15:09h in Members Blog by emmakillick 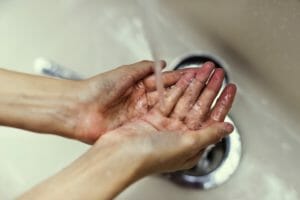 What do Albert Einstein, Cameron Diaz, Howard Hughes and Jessica Alba have in common?

They all are said to have been sufferers of Obsessive Compulsive Disorder (OCD).

OCD is a mental health condition in which a person experiences intrusive obsessive thoughts. Those thoughts provoke anxiety. Sufferers may act them out or try to avoid acting them out through compulsive behaviours to control their anxiety. Both the cognitive and the behavioural aspects can be debilitating for the sufferers and may also impact on their loved ones. It affects men, women and children, and can develop at any age. People’s conditions sometimes develop around puberty, but typically develop during early adulthood. Statistics on how common OCD is vary from 1% of the population to 3%.

The intrusive obsessive nature of the OCD thoughts may feel unpleasant, distressing or overwhelming as the sufferers believe the thoughts. Sometimes, they believe they are about to act them out. The sufferers often attach a sense of identity to their thinking leading to feeling embarrassed and ashamed. They believe that they are responsible for what takes place in their mind whilst feeling out of control. This comes from the fact that the sufferers do not see the difference between thinking and taking action.

OCD sufferers often report having trouble concentrating. As depicted in the television series Pure on Channel 4, the obsessions can be of different types but common ones are intrusive thoughts of a sexual nature, blasphemous or about other transgressions. They also include thoughts of harming oneself or others, or failure to prevent harm, and thoughts about losing something or making avoidable mistakes.

The compulsive aspect may be around trying to gain control or preventing something unwanted or awful from happening. Compulsive behaviours can include counting, checking, avoiding contamination by washing or not touching objects or people, symmetry, lining objects, exactness, etc… Compulsions only temporarily reduce the anxiety. These behaviours may start with sparse incidents of compulsions but generally, these incidents become more frequent, more intense and last for longer as the OCD progresses. When OCD is severe, rituals can take hours every day in a bid to keep anxiety at bay. This can impact deeply in one’s life.

According to the International OCD Foundation, it takes on average between 14 to 17 years from first showing symptoms of OCD for sufferers to receive the appropriate treatment (Complete OCD Workbook, Granet 2018).

OCD comes often hand in hand with depression, substance misuse and addictions and can lead sufferers to suicide. Autism and ADHD can be comorbid with OCD. This can make the OCD more severe and harder to treat.

The causes of OCD are not known but some proposed hypothesis link it to early life infections, others to a chemical imbalance in the brain.

The most effective treatments are Selective Serotonin Reuptake inhibitors (SSRI’s) which are a class of anti-depressants and/or CBT, ERPT (Exposure and Response Prevention Therapy), Imaginal Exposure, Mindfulness and ACT (Acceptance Commitment Therapy).

For more information on OCD and its treatment, visit: