10 Dec Eating Disorders at Christmas: A brief guide for parents and families

Posted at 17:05h in Useful Resources by emmakillick 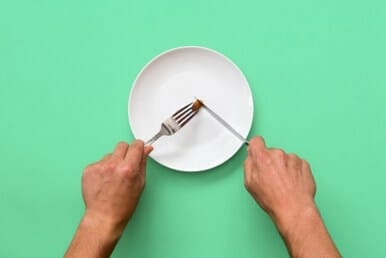 For a young person with an eating disorder Christmas is often a terrifying time.

Food plays a much more complex role in society than nutrition alone. It is the focus of many social gatherings, it is the vehicle for celebration and commiseration and in many families it is also the language of love and praise. This is probably never more prominent than at Christmas, where the focus is on frequent rich meals, the gathering of families and often a lot of pressure for people to be joyful and merry. There are also frequently strong family traditions that come out at Christmas, which are expected to be honoured and enjoyed.

Eating disorders are a group of psychological disorders that are characterized by body image distortion and the overwhelming compulsion to control weight and/or shape, often at extreme cost to the individual. Eating disorders are more common than generally thought – they occur in up to 1-2% of the general population. The two most recognised eating disorders are anorexia nervosa and bulimia nervosa. Patients with anorexia have an extreme fear of maintaining a normal body weight and will go to great lengths to reduce their weight such as extreme food restriction, excessive exercise or purging after eating. Patients with bulimia nervosa also have a very distorted body image, but will frequently lose control over their attempts to control their weight and shape, leading to bingeing on large quantities of food, and then compensating by induced vomiting, laxative abuse, excessive exercise or periods of protracted starvation. As opposed to sufferers of anorexia, those with bulimia may be a normal or slightly higher body weight. More recently another form of eating disorder has been recognised, called orthorexia. People with this condition are obsessed with eating only ‘clean’ and ‘healthy’ diets. However, their obsession may lead to them cutting out certain food groups, spending an excessive amount of time planning what they will eat and have considerable physical and psychological consequences. Although the onset and prevalence of these conditions vary, they are most common in young women between the ages of 12-24 years and often have their onset around puberty or shortly thereafter.

If a young person in your family is struggling with an eating disorder, it may be good to prepare for Christmas by finding out how the different members of the family feel about this time. The young person struggling with their eating may be really fearful about the abundance of rich food, having to see family members they have not seen for a long time and the need to eat in front of people they do not feel comfortable eating with. It may be helpful for families to focus on parts of their Christmas tradition that are less centred around food – such as putting up the tree and Christmas decorations, present shopping, short walks, playing games and watching films together. It might also be helpful to limit the number of family members involved in the Christmas meal to people that the young person knows well and feels comfortable eating around. Family members are often worried that they might say or do the wrong thing if they know someone is struggling. A general guideline may be to avoid any comments about appearance, food or ‘New Year’s diets’.  However, general conversations are usually welcomed as a distraction from the meal and a comment like ‘I’ve really been looking forward to see you!’ can be a great conversation starter. Often these young people really enjoy being involved in the cooking and baking and this can help them to feel less excluded and have an active part in the Christmas festivities.

If have any concerns or wish to speak to someone about advice regarding eating disorders, you can contact your GP, or any of the national charities such as BEAT.

Our expert multi-disciplinary team provide person-centred care that is tailored to meet the physical and medical/mental health needs of each individual. We work actively with young people and their families, to empower them to manage their illness in the community.