Posted at 14:30h in Press Release by jessica

Dr Neel Halder, Medical Director and Lead Consultant at St Mary’s Hospital, has been named North West Consultant of the year 2020 by the Royal College of Psychiatrists. 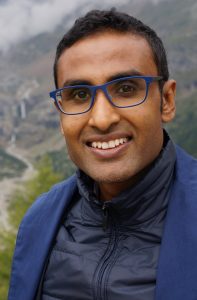 Dr Halder has received this prestigious award for his dedication to his work, not only at St Mary’s but also as north west Intellectual Disabilities representative, regional Royal College recruitment lead and senior honorary lecturer at Manchester University. It forms the third accolade for Dr Halder this year alone – the first being the prestigious Fellowship of the Royal College of Psychiatrists in recognition for going above and beyond, the second being asked to give the keynote lecture at a national Young Researchers’ event taking place this coming weekend at Imperial College, London.

Neel, who was also shortlisted for Consultant of the Year in 2019, said:

“I’m honoured to be recognised in this way and to receive this prestigious award. I have collected it on behalf of all the incredible people I have the pleasure of working with, but particularly want to thank Dr Brendan Monteiro, who inspired me many years ago and still continues to do so – but really, thank you to everyone”.

The award also recognises Dr Halder as a supporter of various mental health charities and for setting up the ‘Didsbury Hero award’ in his local area to celebrate the hard work of others.